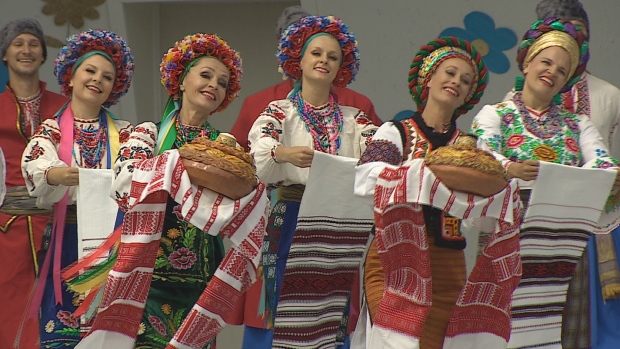 Ukrainian-Canadians showcased more than 100 years of history at Alberta’s Ukrainian Cultural Heritage Village. Their celebration marked the 125th anniversary of the first Ukrainian immigration to Canada.

“Ukrainians have touched upon everybody’s lives,” said Olesia Luciw-Andryjowycz, president of the Ukrainian Canadian Congress Alberta Provincial Council. “As Ukrainians we are farmers, we’re agriculturalists, we’re teachers, we’re nurses, we’re doctors. We are Canadian. We have integrated into the Canadian fabric, but we’re also a very strong fabric on our own.”

The event launched an official year of the Ukrainian-Canadian in Alberta, where more than 345,000 people can trace their roots back to Ukraine.